Italian rock outfit Edge Of Forever have announced their return with the forthcoming release of ‘Seminole’, their fifth album and the follow-up to 2019’s ‘Native Soul’. That album had been something of a rebirth for the group, with guitarist Aldo Lonobile (Secret Sphere, Archon Angel) and drummer Marco di Salvia (Hardline) joining founder vocalist/keyboardist Alessandro Del Vecchio and bassist Nik Mazzucconi (Labyrinth). ‘Seminole’ maintains the band’s penchant for combining positive and inspirational lyrics inspired by the heart and depth of Native American culture with powerful riffs, anthemic vocals and skilled musicianship.

Produced as usual by Del Vecchio, ‘Seminole’ simply lifts the band to the next level, with songs such as ‘Get Up On Your Feet Again’, “Breath Of Life’, new single ‘Shift The Paradigm’ and ‘Our Battle Rages On’ that reflect on our times with a deep and positive outlook. The album peaks with its climactic title track, a four part mini-suite featuring every element that fans would hope for: intricate vocal harmonies, soaring choruses, powerful rhythms and blistering solos set to an easily relatable story of resilience, perseverance, love and positive mental attitude.

Prior to recording ‘Seminole’, EOF should have been on tour to promote its predecessor, but the pandemic did at least provide the time to write this excellent new record. Although the majority of the new material has been written by Del Vecchio, the title track also sees a first time writing contribution from di Salvia.

“Being a prolific songwriter makes it easy and natural for me to sit down and write,” states Del Vecchio, “but Edge Of Forever is different in that I want to tell stories that can inspire people to achieve their goals. For this new album, my bandmates also truly shine and we pushed everything beyond what we thought were our limits: songwriting, production, arrangements and performances. ‘Seminole’ is a concept album about life and I tell the story through the eyes of a Seminole warrior and how from defeat you can still come out stronger and even more resilient, if you want to.”

SEMINOLE
TRACKLISTING
1  Get Up Your Feet Again
2  On The Other Side Of Pain
3  Made It Through
4  Shift The Paradigm
5  Another Salvation
6  Breath Of Life
7  Wrong Dimension
8  Our Battle Rages On
9  Seminole Pt.1 In The Land Of The Seminole
10  Seminole Pt.2 Mistake Reality
11  Seminole Pt.3 Rewrite The Story
12  Seminole Pt.4 The End’s Starting To Begin 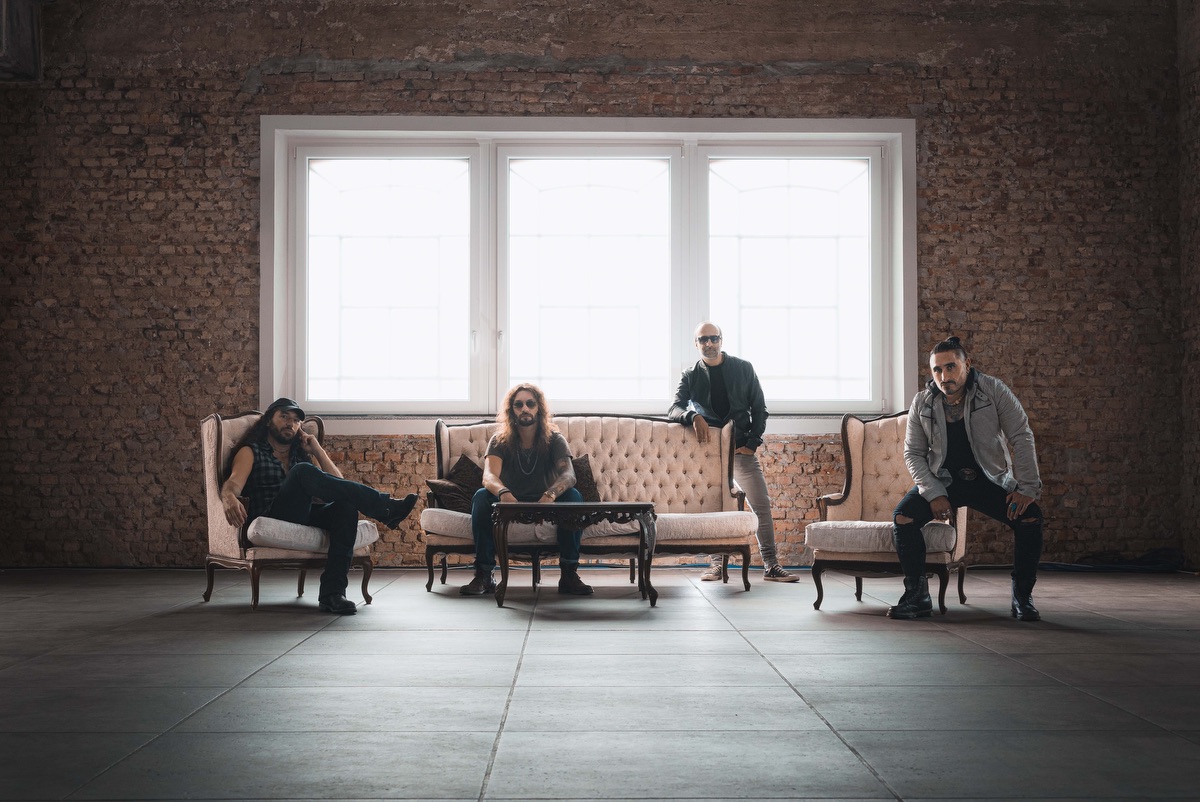 Edge Of Forever – Shift The Paradigm

Edge Of Forever – Take Your Time